Gifted Children and the Growth Mindset 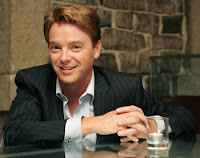 On Monday, economist David McWilliams, wrote a piece called Tearing Down The Talent Idol which really disappointed me. Partly because of what he wrote and partly because he was someone whose writing I have generally admired. This time he chose to make throw away and damaging remarks about a subject with which he is clearly not familiar, but which is very dear to my heart. Although he doesn’t cite her in the piece, he says it is based on the research of Carol Dweck and her theory of Mindset. Dweck’s theory is that, rather than being something with which one is born, talent is something which can be developed by anyone if they have they believe they can improve and if they work at it. This is what she calls having a “growth mindset”. The opposite is a “fixed mindset”, whereby one believes talent is entirely innate. You either have it or you don’t. In The Secret to Raising Smart Kids, Dweck says that children

“who coast through the early grades under the dangerous notion that no-effort academic achievement defines them as smart or gifted. “Such children hold an implicit belief that intelligence is innate and fixed, making striving to learn seem far less important than being (or looking) smart. “This belief also makes them see challenges, mistakes and even the need to exert effort as threats to their ego rather than as opportunities to improve. “And it causes them to lose confidence and motivation when the work is no longer easy for them.”


My only problem is with how this theory is often quoted with the assumption that genetics play no role in intelligence. Dweck, to the best of my knowledge, makes no such claim. There has been a great deal of research over the years, much of which has been condensed and analysed by Robert Plomin in Genetics and Intelligence, which shows that some people are born with higher ability than others. It’s a nice idea, but does anyone really believe that everyone is born with the exactly the same level of intelligence? Are some people mentally disabled simply because they didn’t work hard enough? Talent most definitely requires work to develop, and the child with less inborn ability who puts in the work, may indeed surpass, in terms of achievement, the child born with higher ability but who does not work to develop it. Other than that, I entirely agree that each of us can develop our innate talent, probably more than we think.

So, what is my problem with McWilliam’s article then?

1. He refers to gifted children and their parents in very disparaging terms. Much as he may deny his intent, to put the term gifted in inverted commas and refer to the parents as Tiger mums and dads, can only be described as disparaging. What he doesn’t seem to understand is that in educational terms, gifted is the term used to refer to those children whose ability lies within the upper 5% of the population. Most people would accept that cognitive ability covers a spectrum. That’s how we come to have IQ scales and we don’t all score the same. Those at the lower end, we refer to as having mental disability. Those at the upper end are gifted. That means there are are 5 gifted children in every 100; one or two in every class of thirty in the country. They aren’t all prodigies and, for various reasons, they don’t all do well in school. They aren’t necessarily the well-behaved, studious, high-achievers which teachers would pick out as gifted. Neither do they all have pushy, competitive parents. Gifted children often have issues which can make school life difficult for them and most parents of genuinely gifted children are just happy to have them survive through the system in one piece with their love of learning and mental health intact. I question whether the Tiger parents to which McWilliams refers, actually have gifted children at all, or are they the competitive parents of high achievers?

2. Given that our education system is designed for the average student, unless we recognise and accept the existence of students with above average ability, how do they avoid being the child who “coasts through the early grades”? How does the child who taught himself to read at the age of 3, develop a growth mindset in a junior infant class where everyone is learning the letters of the alphabet? Parents of gifted children are not pushing for awareness because they think their children are better or more special than anyone else’s child. They simply want them to have the same chance to struggle, to fail and to learn to pick themselves up and try again, to persist...and to develop that growth mindset.

Let’s not forget that giftedness crosses all socioeconomic barriers. Unlike the lazy stereotype David would have us believe, it’s not a middle-class South County Dublin phenomenon. At least middle class children have a chance of being spotted and supported. What of the equally gifted child in, for example, inner city Dublin, whose parents didn’t complete second level education and of whom no one has any great expectations? What chance do they have of ever fulfilling their true potential?

That is why parents like those in our support group put so much effort into raising awareness of the needs of gifted children in Ireland. I would love to see a day when our education system was such that a gifted student in any classroom, regardless of background, would be spotted by their teacher and provided with the challenge necessary to develop their ability fully. Funnily enough, the methods which have been used in gifted and talented education for years are the very techniques which are recognised as the best for every student.

What I think we must guard against is a situation such as that in some other countries, where access to gifted education is open only to those with money or pushy parents. It should be available to every child who has the ability to learn at a faster pace and a deeper level than average. By making it part and parcel of our education system, it would allow these students develop growth mindsets and develop to their fullest without stigmatising them...or their parents.

When high profile individuals like David McWilliams trot out populist remarks which undermine our efforts and which perpetuate the damaging myths which surround the issue of giftedness, we can hardly be expected to sit back and let it ride. However, in trying to discuss the issue with David via Twitter, he tweeted that our “self-absorption” was “breathtaking". I guess we are just being treated as David was during the Celtic Tiger, when he was one of a very few economists who saw things differently to everyone else and wasn’t afraid to say it. I admired him for that and I expected  better of him.
Posted by Frazzled at 11:44 PM 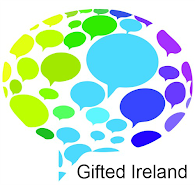